GUI Makeover: Before and After~ 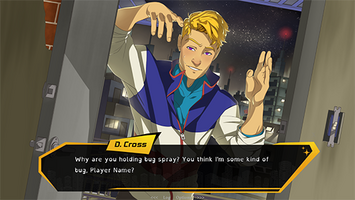 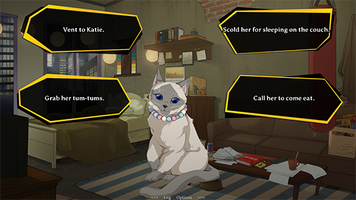 Hi-ho Wudgey here! It's been a while hasn't it?

We've made some significant progress dev-side. You may have seen regular updates if you follow me on tumblr, but it's high time for me to update here as well!

First off, some before and after images as promised by the devlog title: 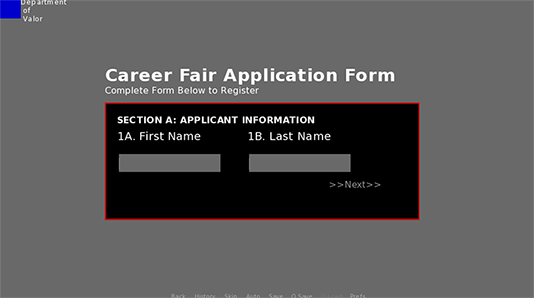 I've always felt strongly about incorporating gameplay mechanics into the actual story. When I came up with the idea of having the MC write her name as part of the job search process, I was immediately invested in that direction! Originally, I was going to have the player type in their name into the Clammy Lady's tablet once they actually reached the job fair... but as you can see, it's not visually enticing. 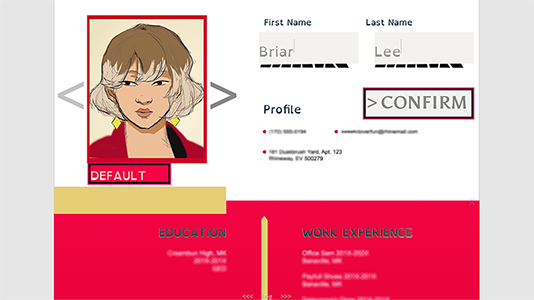 I reworked the idea into a resume (which makes an appearance in the March 2020 prologue demo). In my country you're expected to provide a professional headshot along with your information, which suits my nefarious purposes. The player now has an in-universe interface where they can update their picture AND type out in their name.

Finally, with help from some Ko-Fi donors, I was able to commission Re.Alice (who has a vastly stronger background in graphic design than I do) to tighten the screen concepts and add some pizazz! Once she was done, I was able to code in some animation to give the resume screen more life. 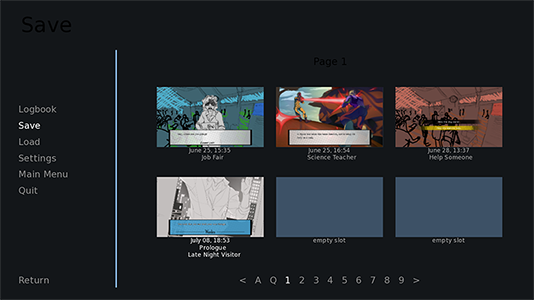 Next up is the save screen. I didn't have a specific concept in mind for this one (hence the default renpy format), but I do have strong preferences in save/load formatting from playing other games.

So I referenced my favorites: Hollow Knight, Dragon Age, and Mystic Messenger. I quickly decided that I Do Not Like numbered pages, and I would replace it with a scrollbar. I did appreciate screencaptured preview pictures though, and I liked having specific names for each chapter as the player progresses.

(I created a bigger screencapture here because the save slot text is on the small side ;;;)

Again, Alice was fantastic in helping me capture what I wanted! I also enlisted help from Synstoria for the more advanced programming areas. Once they were done, I adjusted the text format, asset positioning and added another touch of animation. I even added a bit of kerning here... who knew my college typography course would randomly pay dividends? lol.

You can see in the upper right, I've written some code to create "checkpoints" that can be loaded from this screen. The default Ren'py autosave system works by saving at EVERY choice; since Herotome is a choice-heavy game, it doesn't make a lot of sense for us to autosave that frequently! So instead, I'll be utilizing a checkpoint system to save before every major conversation - so if you make a mistake (or want to make chaotic evil choices and then claim takesies-backsies), you'll be able to use the checkpoint return to a secure area and try again.

The system will NOT save in the middle of bad endings, so you won't have to worry about getting stuck! 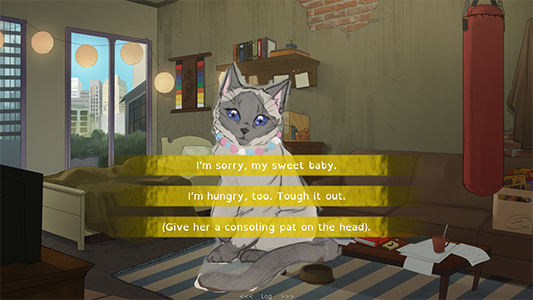 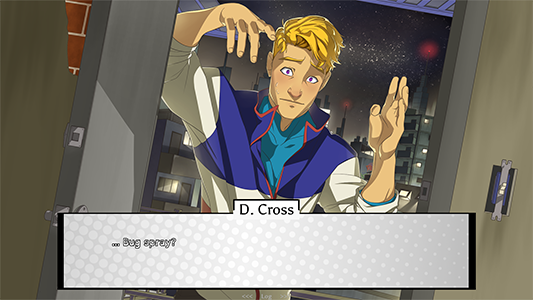 What a blast from the past....! I hated the vbox choice screen so much I had to change it asap!! It's a bit nostalgic to see my original Katie sketch though; I sketched her on paper and added color with the multiply tool. :')

As for the textbox, I didn't really know what I wanted. I struggled with several concepts before settling for a basic halftone design for the time being. 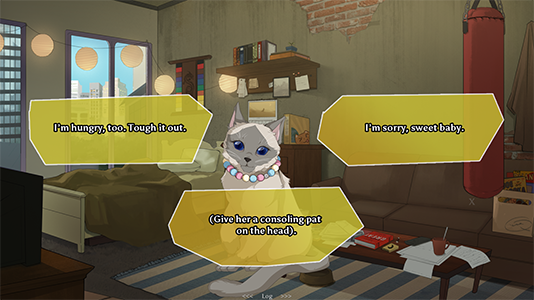 I designed placeholder assets and recruited Synstoria again to help me with the complicated coding parts. I just randomly go feral and want to break the default ren'py formatting!

I was less satisfied with the textbox, but after several concept sketches I was starting to get somewhere after I researching some superhero art deco images. 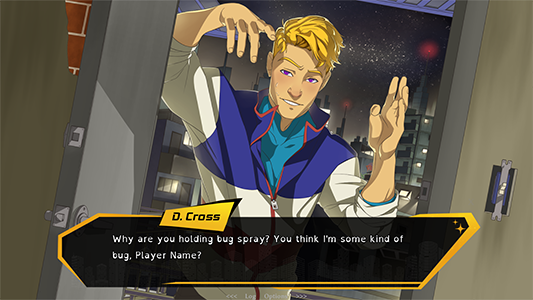 After Alice worked on the design, I adjusted the choicebox positions to be higher on the screen, so players clicking the textbox should be less likely to click on a low-hanging choice by accident. (Not that accidental clicks should remotely ruin the gaming experience, if the checkpoints work as intended...)

I'm excited about the strides we've made. Next up I'll be updating the Options screen! I expect to update the Logbook and a couple of other screens as well, but those will be a bit further off in the development timeline.

These visual updates will be rolled out along with the next installment, which I've decided to call Episode 1 (release date TBA). The common route will have 2-3 episodes in total before branching off into character routes, depending on how I cut the scenes. Normally I'm not keen on episodic releases, but I'm reaaally impatient for you guys to meet the love interests (and, of course, for you guys to talk to Warden a bit more). ^^

I have a bit more to update with in regards to some CG progress we've made, but I think I'll hold off for now. This post is getting long as is. If you're curious about how much writing I have left, you can check this devlog post on tumblr.

Please look forward to the next progress update! And if you'd like to help speed up our process (and get some spicy previews of our game's villain), please consider dropping by our Ko-Fi. We're at 72% of our goal to fund the sprite, so we're almost there!!

I hope you’re all staying safe and keeping warm.

A superhero dating sim. Shall we save the day together?

It's nice to see some of my favorite VN work-in-progress creators collaborating - and the new graphics look great!

Thank you! We try to help each other wherever we can in the indie community.  😊

Looks smooth. Will you include the option to let the player change the font? Like dyslexie?

Hello, the default font at present is Open Dyslexic, which is open source and free for commercial use. I will be implementing Open Sans as an alternate font - which should be straightforward, but I need to dedicate a few hours to it.

Is there a reason you recommend Dyslexie specifically? I do think it looks nice, but they charge a steep yearly license fee for commercial use.

Oh, I wasn't aware that they aren't an open source font. Nevermind then. 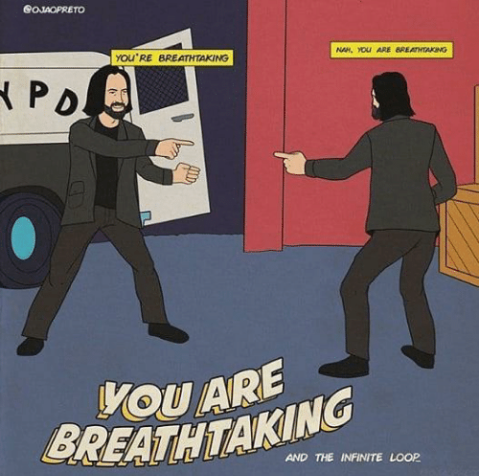