I promised that if we hit our Ko-Fi goal, I'd show off a preview of a certain villainous someone. And... 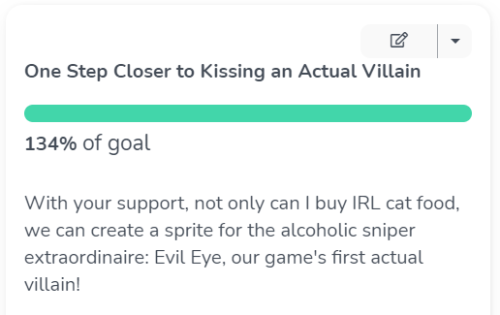 We reached the goal and then some! Thank you to everyone who donated!! :)

This CG depicts a missable bad ending in the upcoming installment. That's right, Evil Eye will only appear to angrily kabedon the MC if you make certain choices. We may not be able to kiss him yet, but the UST is palpable.

The back of the default MC's head makes a cameo appearance here. You may remember in the first demo, I've included to the option to "turn off" CGs featuring the default MC to maintain immersion (should you choose a different avatar or not want a depicted MC at all). In this case, instead of displaying the CG, the game will display this masked stranger in sprite form: 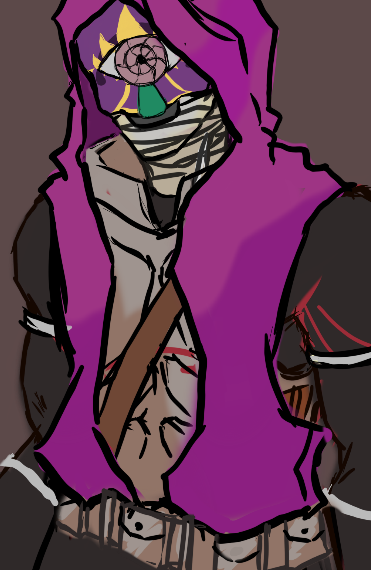 WIP obviously, but we've started the rendering process so he'll have that Herotome polish soon. (:

Ultimately I'd like to make sure the CG is still unlocked in your gallery when you encounter this scene even with the MC CGs turned off, I just have to figure out how to code it. This way, you're not missing content if you're aiming for completion.

In other newssss I've OFFICIALLY WRAPPED UP Mia's expression code 🥳🥳🥳, Warden's tunnel talk scene (0014), and Griffin and Jade's intro (0015). If I can finish Griffin's conversation scene this week (0016), I'll either focus onnnn starting to write Dart's intro (0017) or start working on actual sprite expressions. So far I've only worked on CG expressions. 💀💀💀💀

That's all I can think to update with for now! I hope you’re all staying safe and keeping warm.

A superhero dating sim. Shall we save the day together?

Ooh, I love that you made it so that visible MC design is optional for those that want to imagine their own, nice touch!

Thank you, I'm glad you think so!

I was so sore at Mystic Messenger when they suddenly showed my chosen love interest kissing the default MC. 😂 I was like, "Who's that girl?!" This feature exists solely because of that experience.

I love the vilain's chara design. Were you inspired by the sheikahs from Legend of Zelda because I can see Kohga and his gang.

Maybe It's just me and my love for Legend of Zelda... whatever i like it.

Oooh it IS similar to the Sheikah symbol!

I don't remember exactly what I was thinking for crying eye, but if I had to guess... I probably got the idea from Hisoka (HunterxHunter). I remember looking up a bunch of eye symbol designs - mostly Illuminati and various Greek evil eyes - and I mixed and matched from there.

Most of his design was inspired from Esmeralda's skirt from the Hunchback of Notre Dame though. :D

I am looking (dis)respectfully at Evil Eye rn...

(It'll be easy: choose the clammy woman in the prologue, then choose as many distrustful/panicky/anxiety-ridden dialogue options as you can - refuse to connect with people and push away everyone who might try to help.)